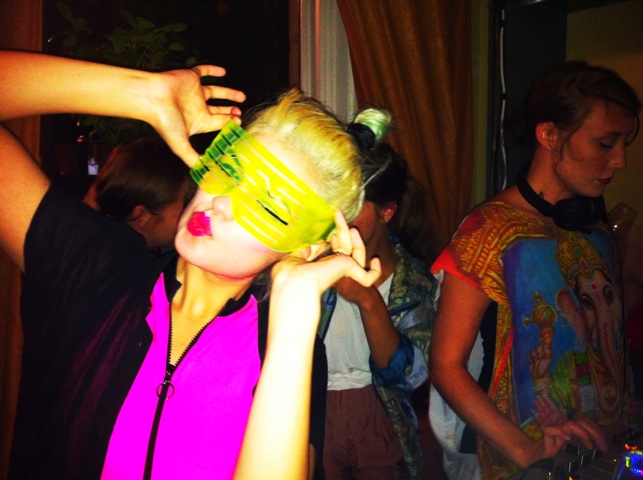 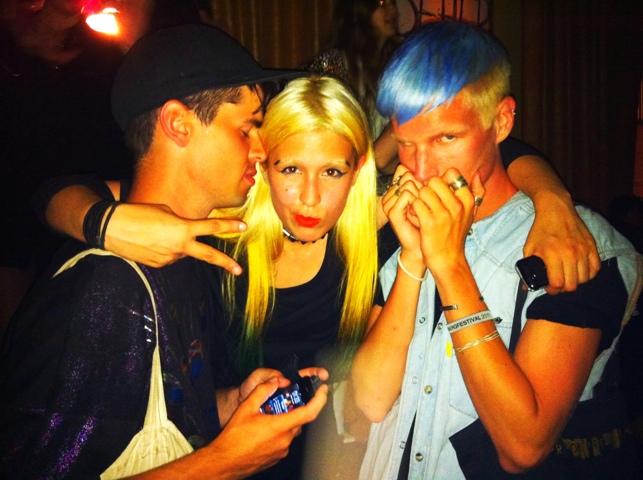 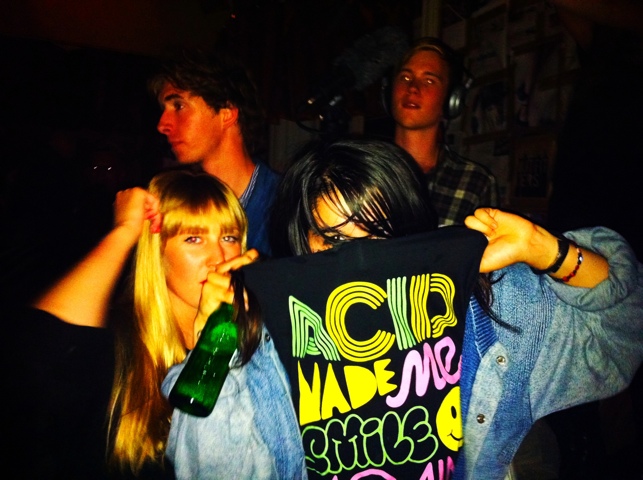 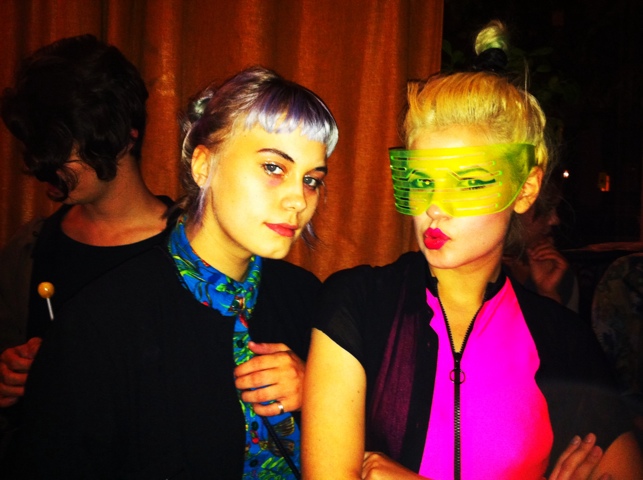 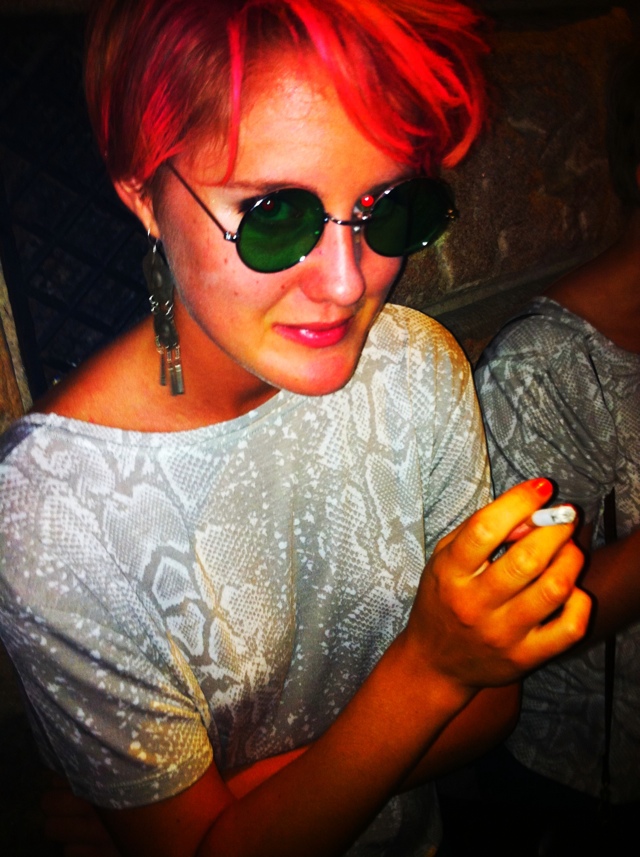 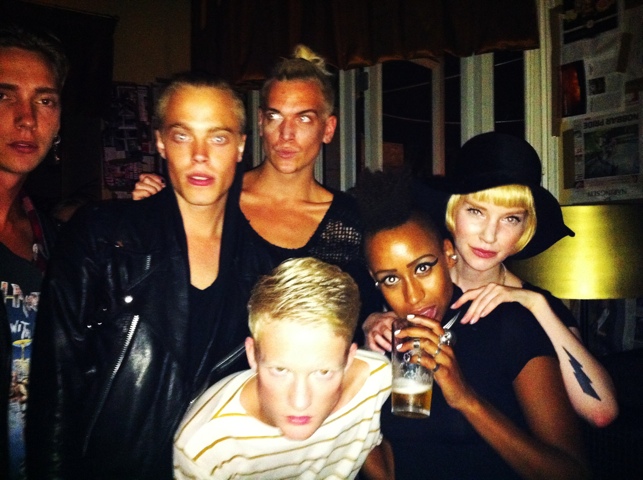 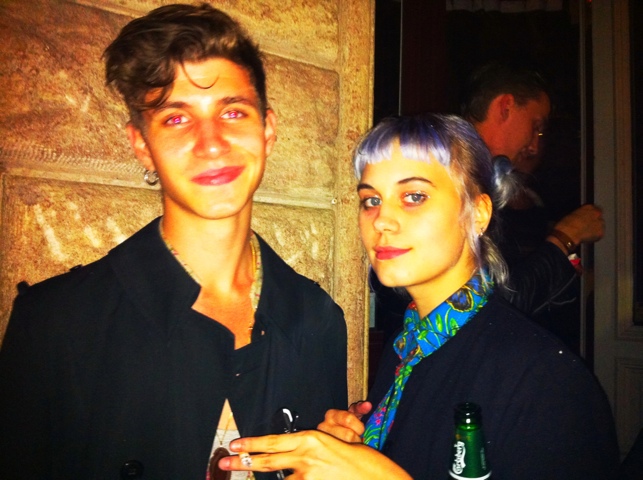 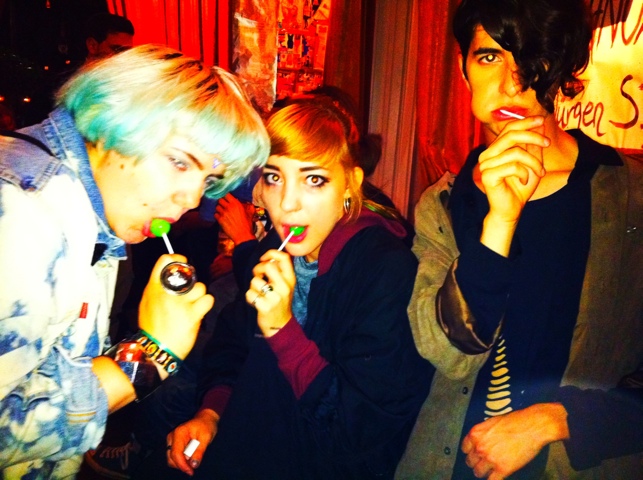 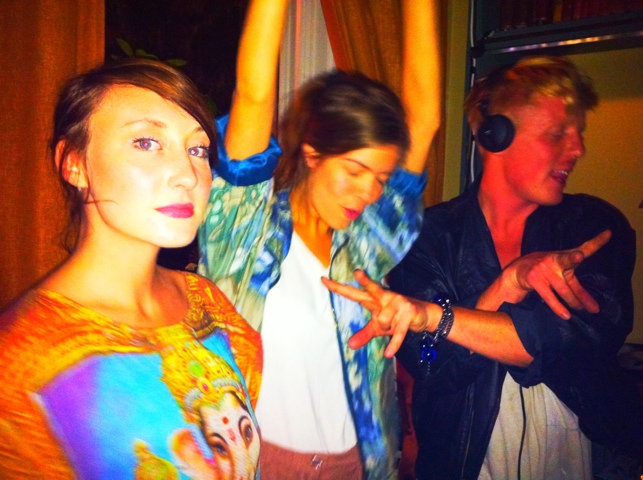 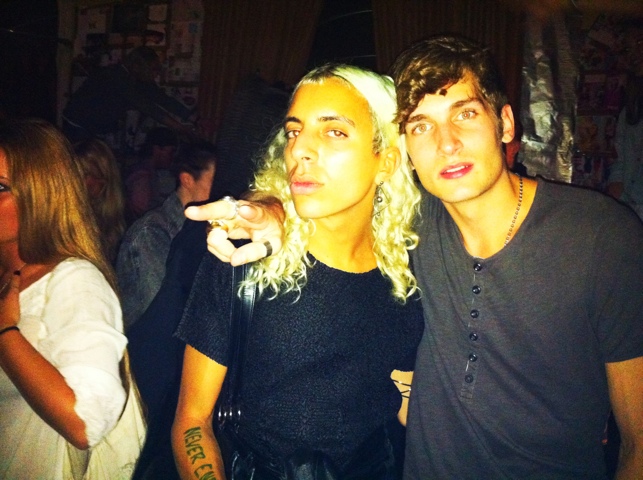 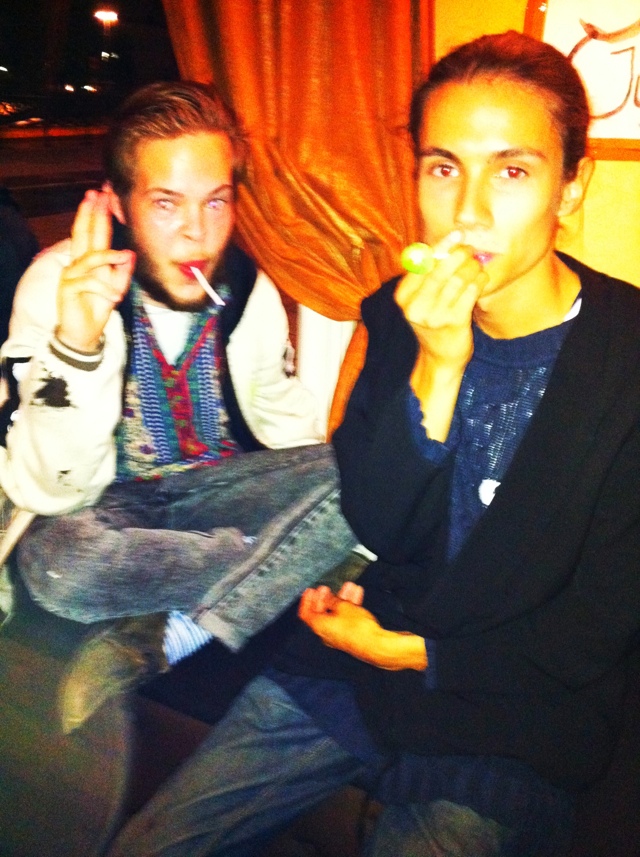 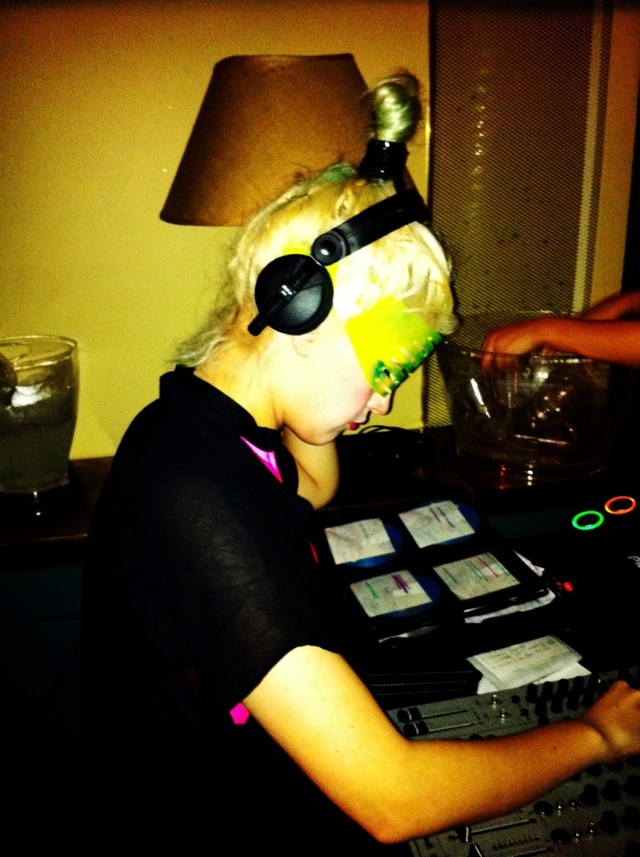 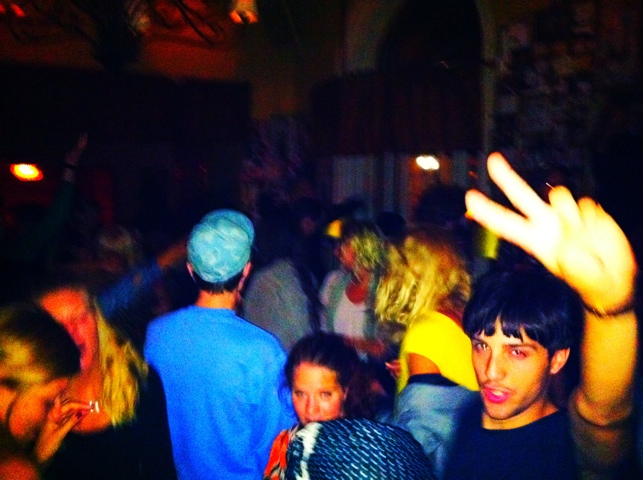 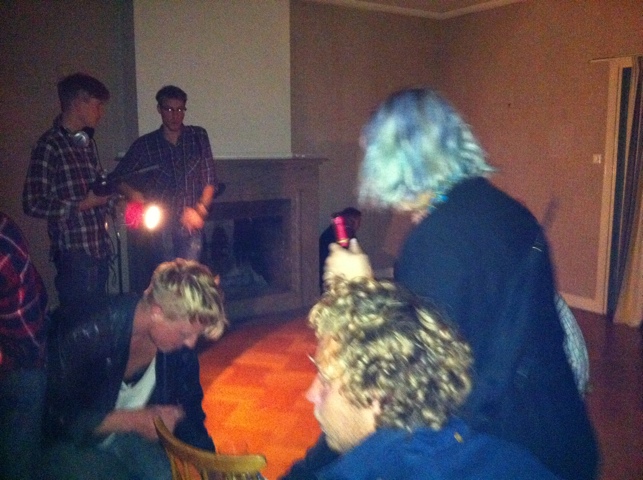 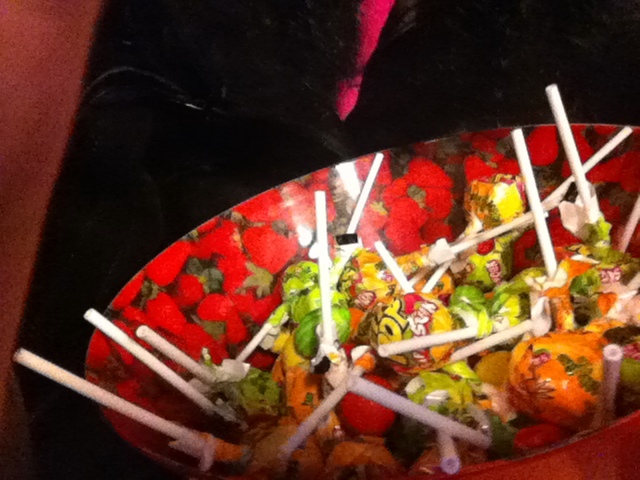 I brought lollipops and gums shaped like fruits for everyone!

Last night was awsome! And thank you Evenlina & Hanne!!!
But not without any drama of course..
We played lots of 90s/ACID/Techno and all the clubkids were danceing!
Suddenly a ashole stands beside us and wants to “help us dj” while he spills his beer all over the mixer!
The music stops, Evelina gets a electric chock and there’s a short circuit.
That dude was brain damaged or somthing, he was totally psycho the whole night.
He got throwen out 2 times, but kept jumping over the fences. And at one point, he stood behind the dj equipment again and “wanted to order a beer” from there.
But I pushed him far far away.
There was a camera crew there who filmed for Nöjesguiden, they interviewed the guy and then me.
Hope I did well he he… I must of seemed hyperactive or something haha. (Eurodance tend to make me very, very energic). ADD-GIRL!
Then we had an afterparty! :)